Stable doors are made to your sizes and requirements from oak and other hardwoods.  Iroko and idigbo are similar in appearance to oak whilst Sapele is very similar to mahogany in colour and grain. If you want a painted finish we recommend idigbo hardwood.

Click here or on the stable door below to see many variations of stable doors.  Stable doors can be made to open in our out. 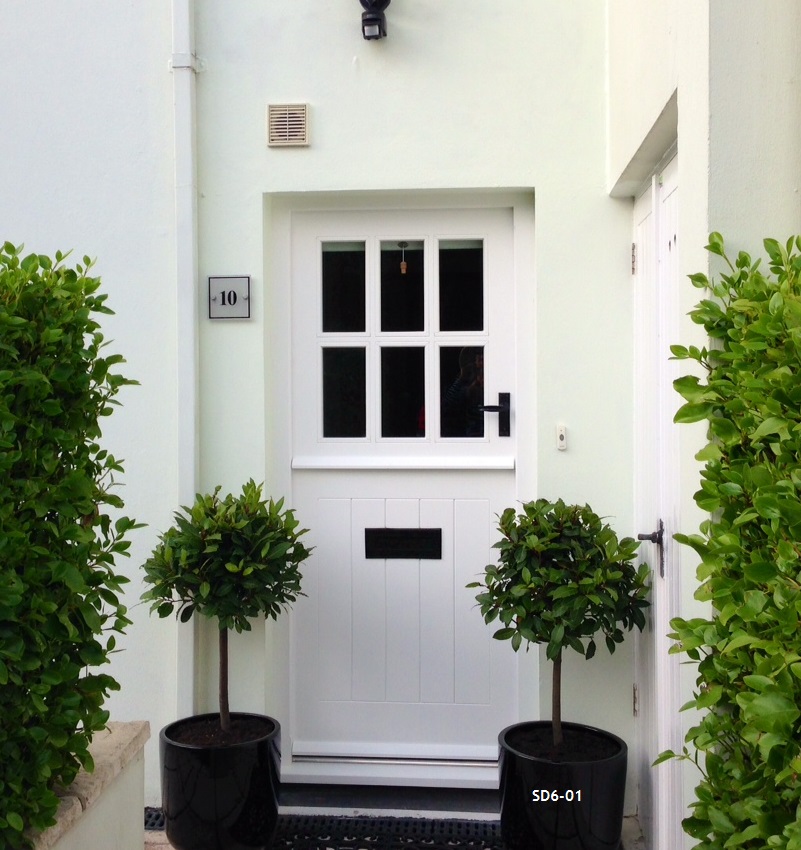 Stable doors can be painted or stained

Stable doors (also known as Dutch doors) or half door, is a door divided horizontally in such a fashion that the bottom half may remain shut while the top half opens. Known in early New England as a double-hung door. The initial purpose of this door was to keep animals out of farmhouses, or keep children inside, while allowing light and air to filter through the open top.  When the top half was open they also allowed the breeze, but stopped the wind from blowing street and lawn dirt into the house. This type of door was common in the Netherlands in the seventeenth century and appears in Dutch paintings of the period. They were also commonly found in the Dutch cultural areas of New York and New Jersey before the American Revolution.

PLEASE NOTE All our products are made to measure to your sizes and requirements from the wood and colour of your choice please email your enquiry info@doormaker.co.uk